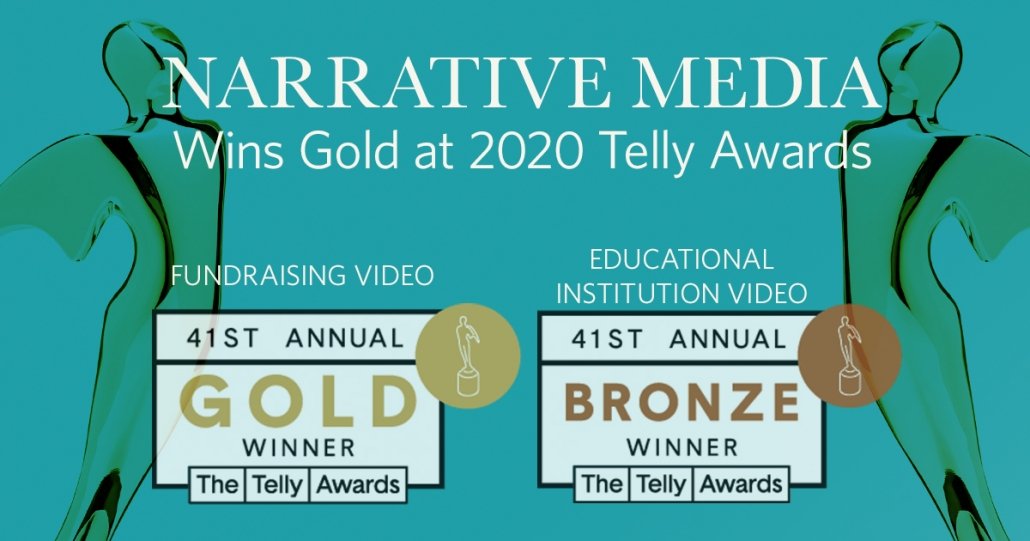 Narrative Media is proud to announce that we were awarded two Telly’s at the 41st Annual Telly Awards international competition based out of New York City. Our video production agency was honored for the launch video we produced for Rowan University’s first ever capital campaign titled, “Rising: The Campaign for Rowan University”.

“This is an incredible achievement! With a number of high-caliber entries submitted, this year’s Telly Awards entrants truly represented the most innovative stories being told across all screens. As a Gold Telly Winner, Narrative Media are the standard bearer of excellence in our industry,” said Sabrina Dridje, Managing Director of the Telly Awards.

The Telly Awards is an international annual awards ceremony showcasing the best work created within television and across video, for all screens. Over 13,000 entries were submitted to the 41st Annual Awards Ceremony. “Our team is thrilled to be counted among today’s winners and we can’t wait until we can get back to work and start collaborating to produce more great work for our clients.”

Communicating your re-opening strategy to your community